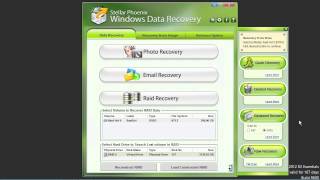 This article addresses situations when RAID 5 fails and you need to consider RAID 5 data recovery as your only solution. There are several redundant array of inexpensive/independent disks or RAID levels. Each of these achieves a different balance between availability and reliability as well as capacity and performance.

RAID 5 features distributed parity among the drives in the volume. All drives except one must be present to operate, so if a single drive fails, the distributed parity is used to calculate future reads to prevent any information from being lost. Though a RAID 5 volume has many advantages, it also has disadvantages that may necessitate RAID 5 data recovery.

At least three disks are required for RAID 5 configurations. Failure of one or more of these RAID disks, controller failure, or operator error can each cause a RAID 5 volume to fail. Since RAID 5 is a redundant array, if only one member disk fails, the data can easily be recovered. However, if multiple disks fail, it may be difficult or impossible to recover the array details. There are several ways to identify whether one or more member disks has failed and recommended steps to take in each situation.

If one disk fails in a RAID 5 configuration, the LED that corresponds to the damaged disk turns red and the RAID 5 controlling software or drivers issue a message indicating disk failure. To address the situation, simply replace the disk that failed and begin a RAID rebuild. In terms of data recovery RAID 5 ensures that one failed disk will not prevent this.

A failed disk causes the volume to run in a degraded manner, no longer writing parity information. Important data should be backed up and verified before beginning the rebuild. If unsure that everything writing or reading to the original volume is operating properly, a rebuild is not recommended. Check hardware operation and functioning of other RAID drives because each presents a risk to critical data.

When multiple member disks fail on RAID 5, the LED corresponding to each failed disk turns red. In addition, the array becomes inaccessible even though the controller seems to work correctly. It may not be possible to do a recovery from the failed disks but an attempt should be made before addressing disks that have not failed. The integrity and quality of recovered data is dependent on the extent of damage done to each failed disk.

Data on the remaining operable disks may also be recoverable, preventing a complete loss. Digital data recovery from remaining disks is possible when the file size does not exceed a block size or the file occupies several blocks in consequent order. The process involves backing up the data and proceeding with a rebuild.

Many users question whether they can recover RAID 5 volume by running recovery software utilities. Individual capture of each storage block on each device is the safest way to recover data with a RAID volume. The resulting images of the drive are used to rebuild the original structure of the array and recover the desired files and folders. This preserves the integrity of the device and limits the amount of interaction with the media. Low-quality data recovery software forces repeated passes of the read-write heads over already damaged media, potentially causing additional damage.

RAID 5 volumes offer faster access to data and added protection against a single drive failure. Since information and parity data are written across all drives within the array, remaining drives can operate without data loss and with no parity when one drive fails. Once this drive is replaced, the parity data on the other drives is used to rebuild the information contained on the failed drive. In certain situations, RAID 5 Data Recovery is possible even when multiple drives fail.

Before you go, check out one of our three most popular articles!